NFIR: Meeting of the Committee constituted to suggest implementation of the National Pension System Employees

Dated: 18/03/2017
The General Secretariesof Affiliated Unions of NFIR.Brother,Sub: Meeting of the Committee constituted to suggest implementation of the National Pension System Employees - reg.A meeting of the Committee with JCM (Staff Side) under the chairmanship of Secretary (Pension), Department of pension & Pensioners' Welfare was held at Sardar Patel Bhavan, New Delhi on 17th March 2017 at 15.00 hrs. Brief on the discussions is given below:

(i) At the outset, Secretary (Pension) stated that the Committee will try to consider and propose for safeguarding the interests of pensioners appointed on or after 01/01/2004. He said that the purpose of meeting was to elicit views from JCM (Staff Side) and make out report with an attempt to accommodate the views by and large.

(ii) Thereafter, the Additional Secretary (Pension) made a brief presentation highlighting the attempts of the Committee for formulating Rules, Regulations and Procedures to be considered by the Government.
(iii) Initiating discussions, the JCM (Staff Side) leaders have reiterated their consistent stand that the Liberalized Pension Scheme needs to be made applicable to those who joined the Government service from 01/01/2004.


2. The JCM (Staff Side) leader Dr.M.Raghavaiah and Standing Committee Member, Shri Guman Singh have participated in the meeting and pointed out as follows:


(a) The Committee should consider for recommending 50% of Last Pay drawn as minimum pension to the retiring NPS subscribers irrespective of their total service.

(b) The Pension Rules of 1972 be incorporated in the proposed draft Rules in an appropriate manner, thereby pension is guaranteed to the families of retired/deceased employees and their dependents.
(c) While 60% of Pension wealth will be paid to the retiring NPS subscriber, the remaining 40% is invested by PFRDA on which retiring employee has no control. What is needed to be ensured is "Guarantee for payment of 50% of Last Pat drawn as Pension". Remaining 40% Pension wealth may be invested or used by PFRDA on which,retiring employee may have no claim.
(d) In the Railways, the employer deducts l0% of wages from employee's salary towards subscription and contributes equal amount. No Railway employee knows what their actual amount is, as no written statement is furnished by the employer. The JCM (Staff Side) is not concerned about the role of PFRDA - NSDL- etc., as every Railway employee wants to know what is his/her amount (subscription plus contribution). It should be ensured that Railways should give atleast annually, the statement of accumulated amount to the employee so that on the date of his retirement, he/she will know whether entire money was credited to PFRDA and equally he/she will know what would be 60% of the total pension wealth. The present defective system needs to be streamlined.

The above is for information of affiliates. 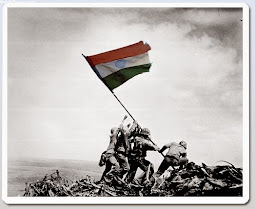